From Kaze being a Gunman, he was flown to the Sierra Plains to meet with the leader of the gunmen. Kaze had heard stories about the man being very mysterious. Kaze was flown in a helicopter and the helicopter dropped Kaze off. There in front of him, he saw a man with odd eyes in front of him. 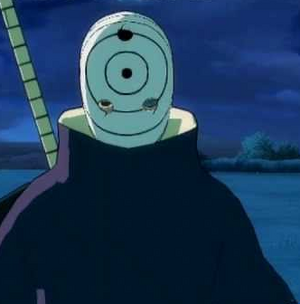 "So you are a new gunman," says the man. "I hope you are ready to take the path of what most people consider evil...I just see it as putting the world in the right direction."

"Heh... I'm just ready to get some money, and do whatever it takes to do so..." Kaze says in a dead-like voice as he stands in front of the leader. He pats his armor to show he has no money.

"The Gunman class is very rich," says the leader. "Although pirate is the richest class, I keep my class rich to fulfill what needs to be done in order to get my plans through. If you want some money, here's some money." A swirl appears in the air and 1,000 Gold comes flying at Kaze.

Kaze allows the gold to rain on him, then he literlly swiftly puts the gold in a bag hidden in his armor.

"Hmph, thanks.. This should come in handy. So what now?" Kaze asks hastily.

"Now you'll receive your first mission," says the leader. "A recent mutation started in Xerious City, where the whole city has transformed into Lizard people. What I need you to do is be the officer of the city and keep those Lizard people in check."

"Very well... I'll keep the bitches in check... Perhaps stir some shit up myself, make a few...extra..." Kaze says then smirks as he pulls his mask over his face. "I'm ready to go..." Kaze says, pulling out his pistols.

All of a sudden, Kaze's body gets warped, and he is warped to Xerious City.

Retrieved from "https://erol.fandom.com/wiki/Role_Play:_Sierra_Plains?oldid=5394"
Community content is available under CC-BY-SA unless otherwise noted.